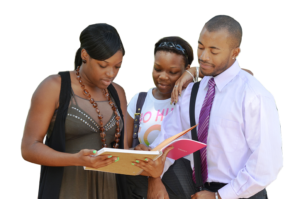 The government has come up with a proposal to cut funding for courses deemed not crucial for achievement of vision 2030.

The proposal is pushed by a section of university vice-chancellors and Universities Fund- a body charged with funding universities.

In a document titled: “Reforms on the University Sector and Research”, the stakeholders seek to make a raft of changes in the funding of students. The bid is to have universities receiving funds for only state-sponsored students admitted for niche disciplines that are considered for development.

A section of the document reads in part: “Universities should be categorised in major thematic areas such as universities of science and technology, research, sports and creative arts, and generalised universities.”

The move has been attributed to various factors. First, the government wants all courses to be aligned to the realisation of Vision 2030 which has three pillars namely economic, social, and political. Secondly, the government decries minimal resources which stakeholders said should be channelled to sponsor relevant courses.

But the move has attracted criticism from university students, some vice chancellors and some universities private and public universities. They have argued that the move is discriminative.

The Kenya University Students Organisation (Kuso) has revealed its intention to petition the Parliament to stop its implementation.

Kuso President Anthony Manyara addressed the press on Thursday that the relevance of all courses cannot be undermined.

“You cannot say courses that were relevant last year are now mediocre. What happens to those who already did those courses?” he asked.

The Kusoi head argued that trash-talking some causes would have negative impact of the graduates by rendering them unemployable.

He added: “If they feel that some courses are not important to society or country, why do they make them available for students to select? Mounting a course is not a simple matter. It goes through various stages, with deep thought put into every stage by each university’s organs. How can one wake up and term a course less important?”

He urged the government to instead consider adding more resources to the education sector.

“First, increase funding to universities. We have realised that VCs are selfish and want to capitalise on money going towards administration. Funding must not be selective.”

“With adequate funding, the Universities Fund will develop criteria of funding all courses under the differentiated unit cost that gives weight to each course,” he said, adding that the competitiveness of the courses would be determined by the quality standards of each institution.

“We see corruption everywhere because we have ignored some courses on soft skills. This is because there is a lack of critical values that are in the heart, and so we cannot say that some courses are more important.”

University of Nairobi Students Association President Anne Mvurya also condemned the move saying the government should not endorse courses it deems pointless in the first place rather than punishing students.

“If they feel that some courses are not important to society or country, why do they make them available for students to select? Mounting a course is not a simple matter,” she said.

“It goes through various stages, with deep thought put into every stage by each university’s organs. How can one wake up and term a course less important?”

Liverpool FC Quiz: Are you the Ultimate Liverpool Fan?